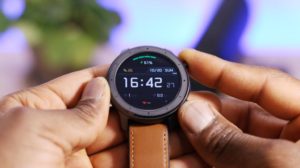 The Amazfit GTR could easily be the best-looking budget smartwatch out there at the moment. For me, this was the first aspect that got my attention; the appearance. A full-blown 47 mm round face with AMOLED display. It also has the 42mm version which is a little bit smaller in size but pretty much maintains the same physical design and features as the 47mm version, except for the battery life. 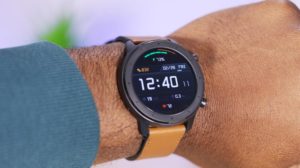 They’re mostly pod-shaped with quite narrow displays. These designs are meant to optimize their different features especially battery life. However, what the Amazfit GTR presents is a full-blown 47 mm round face smartwatch with AMOLED display. 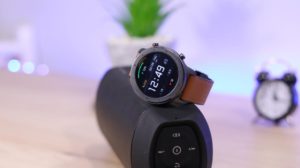 It also has the 42mm edition which is a little bit smaller in size but pretty much maintains the same physical design, with the major difference being the battery life. It has a leather-like strap just like what you find on traditional high-end leather watches.

The straps are made of silicone material on the inside and a thin brown leather finishing on the outside. I’ve seen the 42 mm version advertised with black straps, so I think that color option does exist. It uses a 22 mm quick release spring bar, so you can easily replace the straps with some other conventional straps.

As far as appearance goes, it is really a 10 out of 10 for me. It is fairly lightweight and yet it didn’t sacrifice any physical features you would normally find on other traditional high-end watches.

Still, on the physical features, the charger is well crafted for easy placement. It works with conventional 5V adapters. 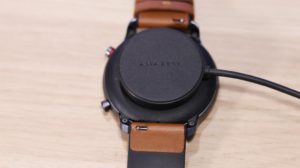 It has some magnetic mechanism that allows it to snap automatically with the charging pins on the watch, so you don’t have to worry about remembering to align the charger to the pins as these magnetic elements will help you do that.

The watch head comes in three editions, they have the grey aluminum alloy, titanium, and stainless steel editions. They all look great, but I personally prefer the aluminum edition. 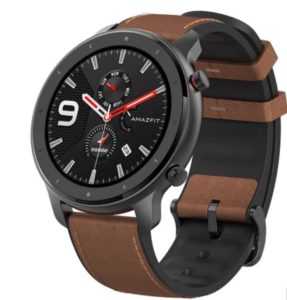 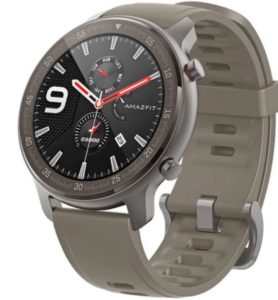 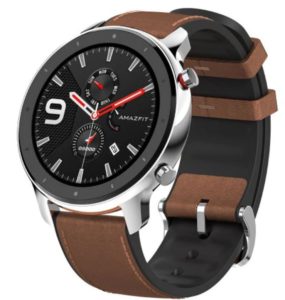 They also have the 42 MM edition which is a little smaller than the 47MM edition. 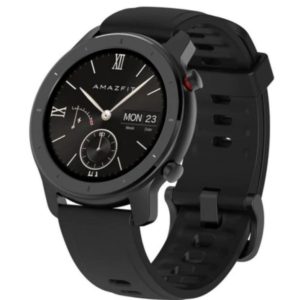 Other than having what could be the best physical appearance among smartwatches, the second most outstanding feature of the Amzfit GTR to me; as far as user experience goes is the battery life of the GTR. Personally, I had a long period of hesitation with smartwatches because of this factor. The idea of having one more gadget that requires daily recharging was a bit of an inconvenience.

The high-end smartwatches like apple sure do have lots of incredible features, but the need for a daily recharge or once every other day just makes for the additional inconvenience. For an average everyday user, a whole lot of these features are never used, and most of them are already on our smartphones. For instance, I don’t need to play music from my watch when I have my smartphone. So except you have some special needs or you’re just a big apple fan, it’s hard to justify the cost of most of these high-end smartwatches.

Still on the battery life, for me, this is where the GTR strongly beats the high-end smartwatches out there in the market. For less than half the cost of such high-end smartwatches, you get a watch that offers somewhat fewer features, but more than 10x the battery life. I mean most smartwatches go between 2 to 5 days, very few brands make it to the 1-week mark. So for the GTR to go nearly a month on a single charge is nothing short of incredible.