As technology and the Internet continue to evolve so also is the idea of safety and privacy on the Internet. In the past, VPNs were seen as some out-of-reach technology that is reserved for only government, military and big businesses. Those were the entities we felt should be concerned about such high-level security for their online activities, but that has changed expeditiously over the past decade. To put this to perspective, a recent report by VPN mentor showed that more than 95% of Americans surveyed in a recent poll said they were either somewhat concerned or very concerned about how companies use their data. As such the need for online security has become a concern for nearly everyone.

What is a VPN?

VPN is short for Virtual Private Network. A VPN in its most basic form extends your private network across a public network and enables you to send and receive data across such public network as if it was a private network. Of course, there’s a lot more to it, talking about encryption, anonymity, location privacy, content unblocking and lots more. However, the main goal is still to provide you more security, more privacy and more flexibility on the internet. To that, RitaVPN is an all-round excellent product and one of the best VPNs out there.

Back in December of 2018, I was on a trip to Estonia, and just like most people, I had a number of reasons to stay connected to the internet, from location tracking, emails, social media, entertainment, Uber and so on. So I kept switching from one service provider to another, from the airport to the train station, to shopping malls, individual hot spots, Airbnb, and literally whatever gives access to the internet. Fast forward to when I returned from the trip, a couple of weeks later, I started getting some wired emails. Now these are not just some typical random spam mails you receive every now and then, the sender/s of these emails claim to have one of my passwords which was included in the email, he or she claims to have the credentials to my other emails and social media accounts, and asks for a 998 dollar compensation otherwise he will start sending dirt about me to all my contacts and then he puts his bitcoin address to the mail. For the most part, I wasn’t really bothered by the content of this mail, except for one thing, the password the sender claims to have was, in fact, one of my passwords, fully accurate. Although I had changed this password long before I started receiving these emails, I couldn’t still help but wonder how this unknown person got access to my password, more so it could have been my banking details or some other critical credentials. With this experience, I had to quickly resort to using VPN across all my devices to beef up my security and privacy on the web. Clearly this is a privacy breach I believe a VPN could have easily prevented.

Why Use a VPN 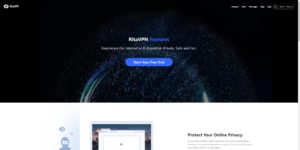 So in summary, if you are looking for a simplified and affordable VPN service that will offer all needed features of a VPN, then RitaVPN becomes your option of choice.  There’s really no point paying more for a VPN that has the most number of servers when all you need is just to have your data encrypted online, moreover, virtually all VPN providers are constantly expanding on their server base and speed so whatever provider you choose will eventually be having more servers over time. You also don’t want to be paying more to have a bunch of settings you never get to actually use or even know about, so I think is better to go with what meets your particular needs as opposed to what is most popular.

How to Fix Bootrec /fixboot Access is Denied During Fix Boot Configuration (2 Fixes)
How to Speed Up Your Windows 10 Performance Once and For All
How to Fix Windows 10 Start-Up Problems – Automatic Repair Loop, Infinite Boot, Black Screen
How To Fix 100% Disk Usage in Windows 10
How to Run Windows 10 From a Live USB Flash Drive
Windows Blue Screen (BSoD) (0xc000000f) A Required Device isn't Connected
USB Windows 10 Clean Install - A Media Driver Your Computer Needs is Missing [SOLVED]
How to Remove Linux (Ubuntu) From Dual Boot in Windows 10
FacebookTweetPinLinkedIn